It’s not the news Manchester City fans want to hear.

The club’s star midfielder Kevin De Bruyne may not be available for Saturday’s matchup with Arsenal.

The club’s Player of the Month was taken off in Belgium’s 2-1 defeat to England in the UEFA Nations League.

At the time Belgium manager Roberto Martinez said it was as a precaution, however, there may be more to it than that.

It’s unknown exactly how bad his issues are and whether it’s due to injury or an issue with fitness.

With seven games played in 21 days, it could be an issue of fatigue.

If he can’t go expect Pep Guardiola to change formations with either one or two holding midfielders in his absence.

They will make a final assessment on De Bruyne closer to the weekend. (JSL) 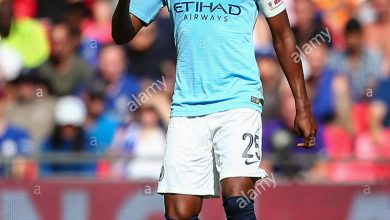